AVEPOZO, TOGO 13-05-04 - Actress Dorine 'Chiquitta' Gbaloa (Centre) during filming of a scene of "My School" a show for Togolese Television (TVT) on May 4, 2013. Gbaloa is a refugee from Cote d'Ivoire in the Avepozo Refugee camp in Avepozo, Togo. The camp was set up in 2011 after violence in Cote d'Ivoire forced many nationals to flee. Gbaloa and other refugees have found work as actors for shows to be aired on Togolese Television (TVT.) Photo by Daniel Hayduk 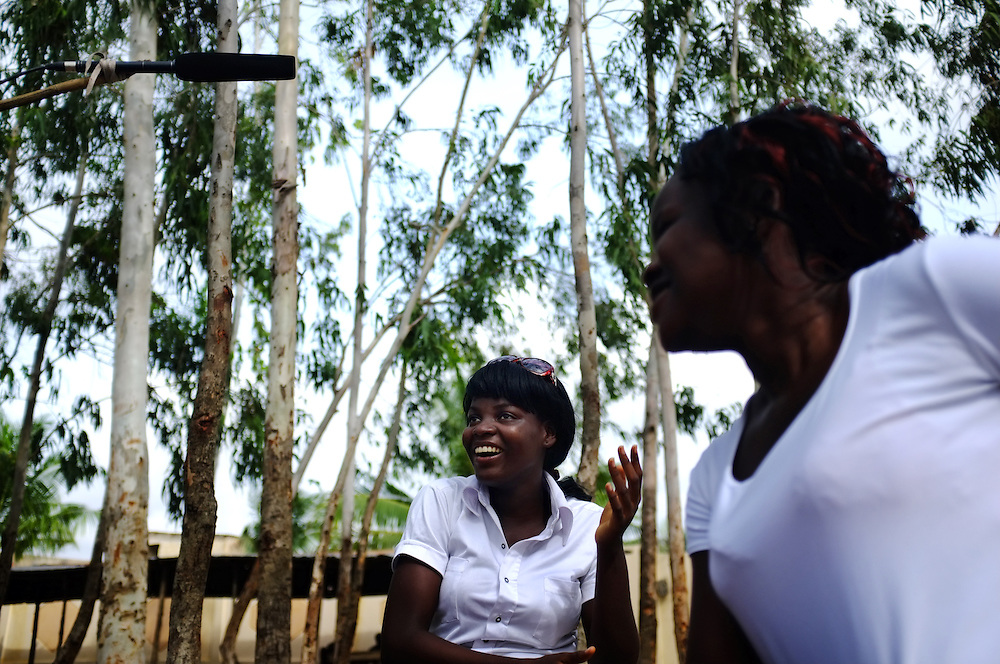